Labor Day is right around the corner! Celebrate the end of the summer by relaxing, swimming and hanging out with friends and family around the backyard pool. Get familiar with the games below so that you can soak up every last minute of summer fun.

Dolphins and Sharks: Have everyone get into the pool and divide them into two groups: sharks and dolphins. Leave one player to be the leader. Assign one side of the pool to be the safe zone for the dolphins, and the other side for the sharks. The leader then calls out either sharks or dolphins and everyone must try to get to their safety zone without being tagged. Throughout the game, randomly call out sharks or dolphins. The goal is to tag as many people and bring them onto the opponent’s team.

Atomic Whirlpool: Have everyone line up around the edge of the pool. Tell them to start walking in the same direction, then jog for a couple of minutes. The current will basically carry them! Then have everyone turn the other direction. It’s almost impossible to move against the current!

Boat Races: Pick up inexpensive plastic boats or make them on your own using cardboard. You can divide people into teams or play on an individual level. Then, let the boats race. The one that gets to the end of the pool first wins. If the boats aren’t sturdy enough, you can change the contest to which boat floats the longest.

Colors: Choose a person to be “it.” “It” stands on the side of the pool with their back turned. Everyone else lines up in the water and chooses a color, keeping it to themselves. When “it” calls out a color, the person who has it should quietly try to swim to the other side without getting caught. If that person is heard swimming, “it” can tag them.

Popsicle: Similar to freeze tag, this game involves one person trying to tag everyone else. If a person is tagged, they must stand frozen like a popsicle until someone else swims in between their legs to thaw them out.

Watermelon Push Relay: Divide players into teams and have them push a watermelon to the opposite end of the pool without letting their feet touch the ground.

Frozen T-Shirt Contest: A few days before your party, dunk a few shirts in water and freeze them. On the day of your party, divide everyone into groups and have them race to thaw and put on the shirt. Every 15-20 seconds, switch the person who is thawing the shirt. This is a lot of fun to watch! 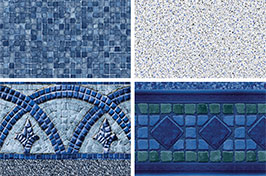 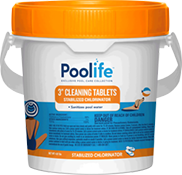 AVAILABLE NOW! Get supplies while they last!